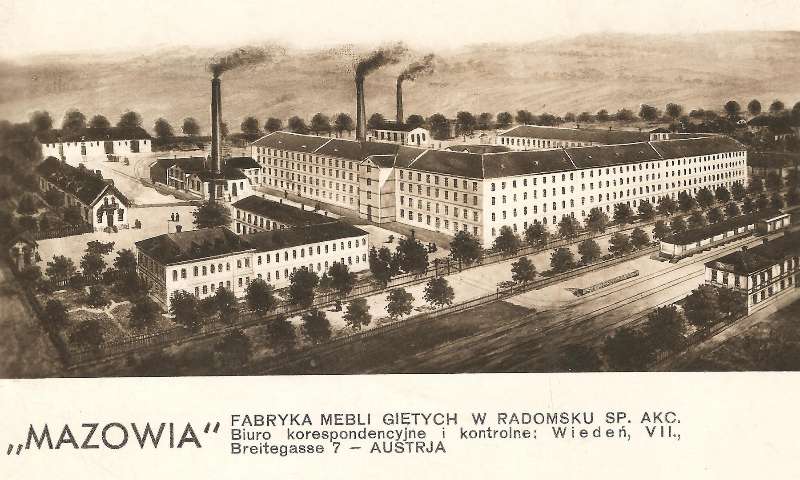 Radomsko has been furnishing since 1640

The history of carpenter guilds in Poland dates back to the end of the 14th century, when the first carpenter guild was established in Cracow. Scarce sources on the history of Radomsko and carpentry in the town confirm that since the 17th century there was a large joint guild in Radomsko, associating several professions. 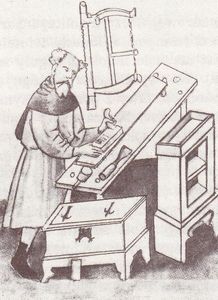 The quill with the entry of the members of the joint guild of blacksmiths and hammers in 1640 contains the names of carpenters from Radomsko: Pośpiech, Kursinowski and Stanisław Karnasek. In later years the following were also active in the town: Maciej Babicki admitted to the guild in 1678, Szablowski admitted in 1698 and Błażej Gozdawski admitted in 1701. Of course, it cannot be ruled out that there may have been more carpenters in the town, who were not members of the guild. 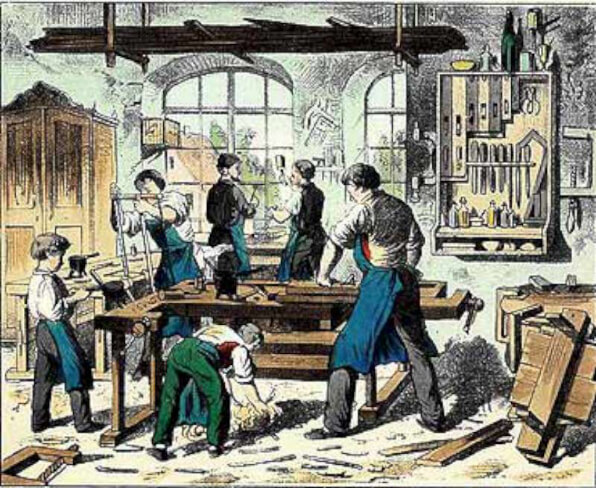 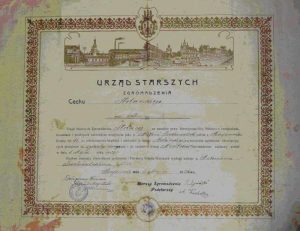 With the passage of time and the progress of technology, as well as following the commissioning of the Warsaw-Vienna Railway line, first factories, including furniture factories, started to appear in the town, next to individual carpenter’s workshops. In 1881, in the area of Radomsko (then Noworadomska Street), a Viennese bentwood factory “Thonet Brothers”, already known in Europe, started its activity, producing the first industrially manufactured cheap serial furniture. The Radomsko factory grew rapidly and soon became one of the largest bentwood furniture manufacturers in Europe. The “Thonet Brothers” factory had a significant impact not only on the development and life of the city, but also on the surrounding villages. It provided employment for many inhabitants and enabled the establishment and development of numerous craft workshops.

In 1884, acting on behalf of the company “Jakub and Józef Kohn”, Karol Kohn purchased a real estate in Radomsko on which a small furniture factory started to operate. A significant event for the company was the establishment of a joint-stock company in 1895 and adoption of the name “Towarzystwo Akcyjne Fabryki Mebli Wiedeńskich Jakub i Józef Kohn”. This resulted in increased production and a better position on the market, as well as contributed to the economic development of the entire Radomsko region.

At the beginning of the last century (1910) another furniture manufacturing plant was established in Radomsko under the name Ksawery Wünsche and Co. The main production of the plant were chairs and theatre and cinema armchairs. The company went bankrupt in the middle of the 1930s. Before 1914, also American and Upholstered Furniture Factory of Morys Lewkowicz and furniture factory “Mazovia” of Krone and Kofin operated in the city.

After the end of warfare and regaining of independence by Poland in 1918, the largely destroyed furniture factories: “Brothers Thonet”, “Ksawery Wunsche and Co.”, “Mazovia” and few craft workshops resumed their activity in Radomsko.

In 1923, difficult financial conditions forced the “Thonet Brothers” factory to cede part of the Radomsko factory to the rival company “Mundus”. In this way, a new furniture company with international capital started to operate in the town under the name “Thonet – Mundus”. Other production plants connected with the furniture industry were also established in Radomsko, among which the W. and R. Rozenbaum brothers’ building materials and carpentry warehouse opened in 1929, the “Józef Müntz and Co.” Bent Furniture Factory established in 1931 and the Bent Furniture Factory “Eden” in 1936.

In the interwar period, private carpentry workshops owned by master carpenters from Radomsko associated in the Christian Guild of Carpenters and Woodworkers also developed. Among the then numerous group of carpenters, for example, the names of the guild elders should be mentioned: Antoni Mosiński, Piotr Gustalik, Henryk Polonski. The number of Radomsko master carpenters associated in the Christian Guild of Carpenters and Woodworkers in the years 1937 – 1948 remained at a high level, as shown by the following figures: 1937 – 38 members, 1938 – 43 members, 1939 – 35 members, 1946 – 41 members, 1947 – 45 members, 1948 – 74 members. The share of Radomsko in the aforementioned period of time in the national production of all bentwood furniture factories in the country was about 60%, which certainly testified to the very strong and stable position of the city in the furniture industry.

During the Second World War Radomsko was under German occupation in the territory of the General Government. The Germans first requisitioned the furniture accumulated in the warehouses of the “Thonet – Mundus” factory, and then started the production for the German army. The “Mazovia” factory was closed down completely. The Radomsko plants “Thonet – Mundus” and “Ksawery Wünsche i Spółka” were active until the end of World War II. In 1945, both factories were nationalized and functioned as independent enterprises under the names of Bent Furniture Factory No. 1 (former “Thonet – Mundus”) and Bent Furniture Factory No. 2 (former “Ksawery Wünsche i Spółka”). 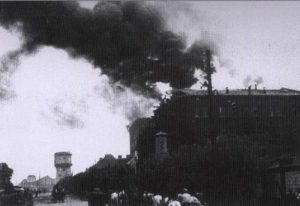 An important event for the craft life in Radomsko after World War II was the establishment of the State School of Technology and Industry on 5 November 1947, which consisted of the State Mechanical Gymnasium and the State Woodworking Gymnasium. The ceremonial opening of the school, already under the changed name as the State Secondary School of Wood Industry, took place on 1 September 1948. The institution educated young people in the profession of carpenter, contributing to the spread and dissemination of expertise in this important field. Currently, the tradition of passing on theoretical and practical knowledge to the young generation of carpentry adepts is continued by the Group of Wood Industry Schools and Environmental Protection in close cooperation with master carpenters from Radomsko.

On 1 January 1951, both factories were merged into one enterprise under the name of Radomszczańskie Zakłady Przemysłu Drzewnego. However, in 1959 the factory’s name was changed to “Fameg” Bent Furniture Plant.

In Radomsko, as in the whole country, after 1945 there was a liquidation of independently existing trade guilds. Since 1953, one common Guild of Miscellaneous Crafts was established, associating craftsmen of various professions, including, of course, carpenters.

In 2004, the Radomsko guild, in order to face economic changes, significantly expanded its activities, associating not only craftsmen but also entrepreneurs and adopted the name of the Guild of Craftsmen and Entrepreneurs in Radomsko.

Currently, in the town of Radomsko there are many carpenter’s workshops of various sizes, many of which were established and developed at the turn of the 1980s and 1990s. Many of these companies are very successful and receive prestigious awards in national industry competitions. This proves that the Radomsko furniture industry is still developing, maintaining and continuing the best, centuries-old traditions of domestic carpentry.